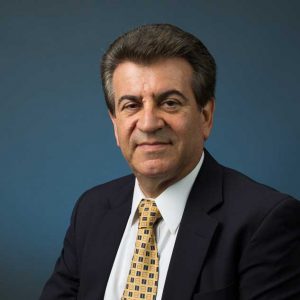 Michael began his career at Chevron, where he worked as a reservoir engineer performing steam-flood simulation studies and investigating the robustness and accuracy of numerical algorithms in predicting the flow of oil underground. In 1986 he joined the Research and Development Center of the Amoco Chemicals Corporation, where he developed state-of-the-art software for the optimization of chemical processes, on-line models for the gas phase propylene polymerization and kinetic mechanisms for the Mid Century para-xylene oxidation process. In 1996 he joined UOP, as a Process Modeling and Optimization Specialist in the area of on-line modeling and Real Time Optimization. In that capacity he developed open-form equation-oriented (EO) models for catalytic Hydrocracking, Reforming, Isomerization and various Aromatic processes. During his tenure at UOP he also developed state-of-the-art technology for Data Reconciliation, Nonlinear Optimization, Model Tuning and LP Vector Generation within the Hysys and UniSim environments. Michael was promoted to Research Fellow for his company-wide contributions in 2010 and spent the remaining of his career working on various projects in FCC, Propane Dehydrogenation, Catalyst Decoking, Xylene Isomerization, Fluorocarbon production and Gas Conditioning technologies. He retired form UOP at the end of 2015.

Michael is the author two patents, ten publications, and numerous presentations at National and International conferences. He is also co-author of the book “Computer-Aided Design of Chemically Reactive Systems” published by John Wiley and Sons, Inc. in 2006. From 1986 to 2006 he was Adjunct Professor at the Illinois Institute of Technology and from 2006-2015 at Northwestern University, where he taught courses in Thermodynamics, Fluid Mechanics, Advanced Reaction Engineering, Process Optimization, Nonlinear Parameter Estimation , Model Discrimination and Optimal Experimental Design.

Michael is currently Clinical Associate Professor at the Department of Chemical Engineering of the University of Illinois at Chicago (UIC). He teaches and develops academic material and computational tools for courses in Thermodynamics, Process Simulation, Design and Control. He is also the President and Founder of AthenaVisual, Inc., a company that promotes the use of Athena Visual Studio, a state-of-the-art engineering software for mathematical modeling and data analysis, with focus on parameter estimation, model discrimination, criticism and optimal experimental design.

This is off canvas menu widget area. To enable it add some widgets into Appearance – Widgets – Menu Section, and go to Customizer – Main menu to set the icon position.